Just finished watching the second episode of Breaking Bad, why has it taken me so long to start watching this?

So heres my review on Breaking Bad so far.
Very clever. Very clever indeed, it touches on realist subjects but with the distance from regular people of the audience. It starts with Cancer, Walter (the main guy, a normal family guy who works as a chemistry teacher in a high school) tragically gets diagnosed with inoperable Lung Cancer, he has a few years left. There are obvious money problems in the house, he has another job as well as his teaching job at a Car Wash company, he is embarrassed by it. Typical suburban culture, Until it takes a dramatic twist. Walter pairs up with an ex-student Jesse to start cooking Crystal Meth. He does it out of fear that he will not leave enough money behind for his family and his soon to be bigger family as his wife is going to have a baby girl as well. This is where the realistic subject comes into view, because I suppose in desperate times such as this we would all have this fear of not leaving enough behind for our loved ones, however the separation comes when he actually starts to cook the Meth, the majority of the world probably wouldn’t do that, but is it because we don’t have the guts and he does?  Or because we have morals and he doesn’t? Why do we want him to do well when in the real world we want every crystal meth cooker to go down even though we have no idea what their intentions were when they started cooking it, is it because we took the time to know why he does it we allow it? We accept it?
Just something to think about there. 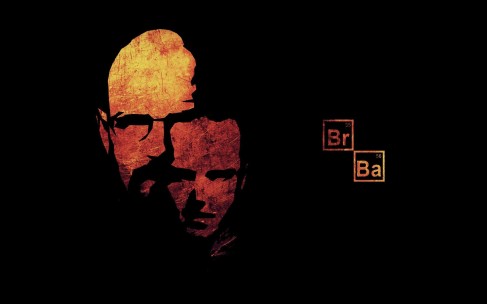